“Sweden’s Douglas Lindelow set the jump-off target time and held on for runner-up spot ahead of Germany’s Patrick Stuhlmeyer in third, while Ireland’s Cameron Hanley lined up fourth. Frenchman, Patrice Delaveau, had to settle for fifth place when his jump-off round didn’t go to plan, but his compatriots – Simon Delestre and Penelope Leprevost – continue to head the league table as the qualifying series moves towards the half-way stage.

Seemed lenient
An intriguing course designed by Belgium’s Luc Musette initially seemed a little lenient when two of the first three riders jumped clear. But there was a sting in the tail here, with the final line of fences taking a heavy toll as the competition evolved. A very narrow vertical at fence three was the undoing of many, while the triple combination at fence seven also clocked up plenty of faults, but it was the negotiation of the water-tray oxer three from home and the decision whether to go on four or five strides to the following double of verticals that proved decisive, with many also losing their line and balance to the last if they ran into problems here.

Amongst the starting field of 39 there were many superstars of the sport, but the list of first-round retirements included a number of them. World and European double-gold medallist, Jeroen Dubbeldam, called it a day with the 10-year-old Classic Man V, a relative newcomer to this level of the sport, while three-time FEI World Cup™ Jumping champions Meredith Michaels-Beerbaum and Marcus Ehning from Germany also retired. Michaels-Beerbaum’s grey, the spectacular Fibonacci, was clearly not firing on all cylinders while Ehning’s Singular LS La Silla was also not on form. And although the home crowd were spellbound when Michael Jung, the unchallenged supremo of the sport of Eventing, set off with Sportsmann S, there excitement was short-lived as the pair pulled up after a mistake at the oxer fence four. 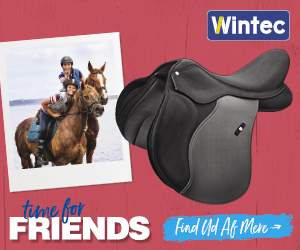 4 grunde til, at enhver hest fortjener at ride i naturen